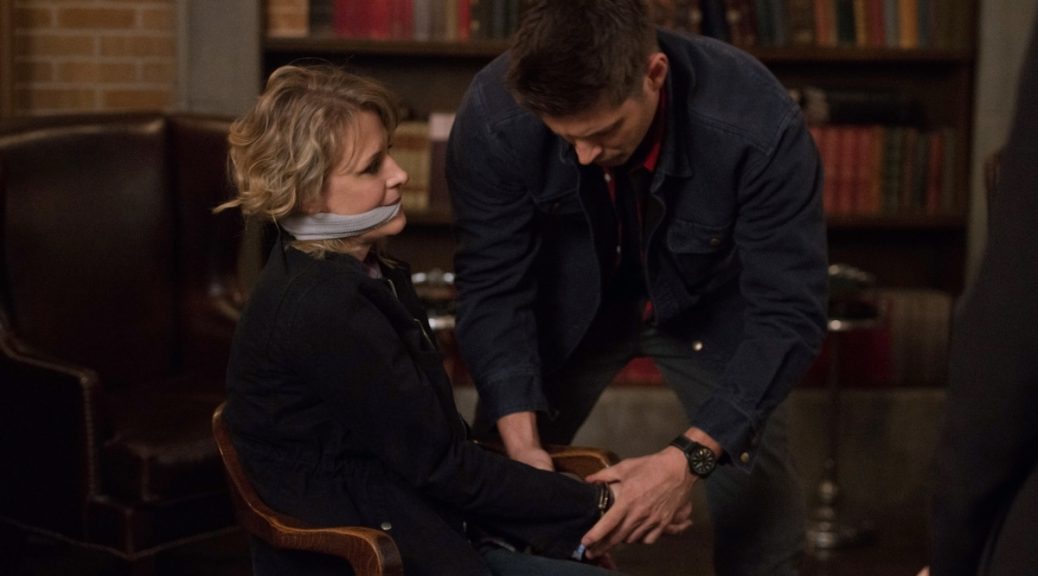 Contribute monthly via Patreon (which includes perks), make a one-time donation through Paypal, or buy us a coffee.

Bad news – though not surprising- for fans of the CW’s Frequency and No Tomorrow: The shows have officially been cancelled. The CW has put up some epilogues for the two shows on its video player. You can see the Frequency one here and the No Tomorrow one here.

Also on the “bad news” front, NBC has canceled Powerless.

On the good news front, Once Upon A Time has been renewed, but a large portion of the cast will not be returning. See their section below for details.

In a roller coaster ride for its fans, NBC’s Timeless was canceled one day and renewed three days later. Sounds like the production company saved it with some last-minute deals. No exact word on when the show will be returning, but it will return for another ten episodes.

The 100: The show is returning for another season, but it was announced that Isaiah Washington would be leaving the show as a series regular.

Agents of S.H.I.E.L.D.: EW has up an interview with Iain de Caestecker and Elizabeth Henstridge on the fallout of Framework for the couple. Spoiler TV has up the promotional photos for the season finale, which sees the return of the Ghost Rider (Gabriel Luna).

Arrow: John Barrowman stated at the Planet Comic Con that he will not be a part of the show next season.

The Gifted: Fox has officially picked up the new Marvel show about a family who goes on the run after discovering their children have the mutant gene. They’ve also released a teaser trailer. A larger trailer is due to come out Monday, May 15.

iZombie: Showrunner Rob Thomas spoke with EW about the show’s future and the season three finale. He also spoke with TV Line about the latest reveals and events in last week’s episode.

Killjoys: According to Aaron Ashmore’s Twitter account, the show’s third season has officially finished filming. Space TV has up some details on the new cast members joining the show, as well as some promotional photos.

The Librarians: The show has cast John Noble as Monsignor Vega, a Vatican bishop who is the secret leader of the Heretical Order of the Shadows, and Rachel Nichols, as Flynn’s former Guardian, whom he thought was killed.

Once Upon A Time: In big news for the show, one of the four actors reportedly approached for a full-time deal, should the show be renewed, has turned it down. Jennifer Morrison will not be returning as Emma Swan next season, though she did say she would be willing to return for a single episode. EW also has up an interview with the actress on her departure. Also departing are actors Josh Dallas, Ginnifer Goodwin, Emilie de Ravin, Jared S. Gilmore, and Rebecca Mader. You can read Emilie de Ravin’s goodbye message to her fans, on her Instagram.

The Originals: TV Line has up the promotional photos for an episode that sees the return of Davina.

Sense 8: Season two is officially out on Netflix and the Hollywood Reporter spoke to several of the actors about the direction of season two.

The Shannara Chronicles: Season two will be airing in the States on Spike TV.

The Strain: The fourth and final season of the series will premiere on Sunday, July 16.

Over at EW, the latest Spoiler Room has spoilers on shows Agents of S.H.I.E.L.D., Once Upon a Time, and Supergirl.

At TV Line, the latest Ask Ausiello has spoilers on shows Arrow, The Flash, Once Upon a Time, and Supergirl.

It’s official! The show has been renewed for a 13th season. This may well be (by a couple of weeks) the earliest renewal Supernatural has ever received.

The show has moved to 8pm. Still on Thursdays.

Photos and the promo for “Who We Are” (12.22) and “All Along the Watchtower” (12.23) are out. Warning: The photos are massively spoilery, especially paired with the promo, and pretty much give most of 12.22 away.

There’s a brief interview with Andrew Dabb in print that’s now up online.

I’ve moved my Official live recaps to this site and simul-recapping at Wayward Friends, with reviews to follow.

There was also a lot of negative reaction on social media, especially Twitter. A hashtag calling on the show to fire the episode’s writers (who are also currently executive producers) trended for a while the same night the episode aired.